By Tamer Hamed - December 03, 2018
As recently as the early 1970s the value of the U.S. dollar was tied to a specific weight of gold. When a country ties its currency either to a commodity such as gold, or to another currency, they are using a fixed exchange rate system.

Like most world currencies, the U.S. Dollar's value is today determined by a free-market, supply-and-demand system known as a floating-rate currency system. 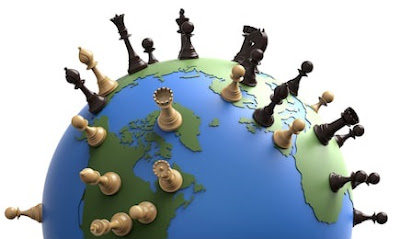 How does a dollar compare to the yen, or the Euro in terms of its exchange rate?

That is a question whose answer can change every day of the week, depending on many factors. Primarily, the exchange rate between the dollar and another currency is determined by the supply and demand for the currencies and the amounts held in foreign reserves. Is the U.S. suddenly the place to invest? If so, the value of the dollar will rise, and vice versa.

A while ago the Swiss central bank stopped using a fixed exchange rate system that kept the Swiss Franc from rising above 1.20 Euro. This sudden move from a fixed to a floating-rate system shocked currency and securities markets. Why?

Imports and exports are directly affected by the relative values of currencies. If the companies that export from Switzerland to other European nations face buyers whose currency is weak, they will not be able to sell to them. Similarly, the strength of the American dollar relative to foreign currencies affects our imports and exports. As our dollar strengthens, our exports become less attractive to consumers in other countries, whose weak currency can't buy our expensive goods.

Also note that under "exports" and "imports" we include goods and services. So, whether the U.S. is manufacturing and exporting finished goods, we do export many services in terms of legal, accounting, investment banking, and professional consulting, etc.

So, if we had a trade deficit with the European Union, would a strong dollar or a weak dollar help to bring us back to a surplus?

The balance of payments statistic tracks all money coming in versus going out of the economy. So, it counts both imports vs. exports as well as investments and other financial transactions. If more money is coming in than going out, we have a surplus. If more money is going out than coming in, we have a deficit. So if foreigners are paying off loans to American banks, this could lead to a balance of payments surplus for the U.S., for example.

The value of the dollar compared to another currency also comes into play when an investor buys an ADR (American Depository Receipts).

Investing in an ADR involves currency exchange risk, but it also involves buying stock in a company. The success of the company's operations and financing affect the ADR investor, who often receives dividends from the issuer. On the other hand, some speculators trade the foreign currencies themselves. The foreign exchange market (abbreviated Forex) allows speculators to benefit from fluctuations between various currencies.

Trading currencies, however, is a high-risk strategy. where Currency prices are highly volatile. Price movements for currencies are influenced by, among other things: changing supply-demand relationships; trade, fiscal, monetary, exchange control programs and policies of governments; United States and foreign political and economic events and policies; changes in national and international interest rates and inflation; currency devaluation; and sentiment of the Marketplace. None of these factors can be controlled by you or any individual advisor and no assurance can be given that you will not incur losses from such events."

There are 16 currencies that can be traded, with trades settling in any of these local currencies:

There may also be at least one ADR issued by companies in most of those nations above. If so, an American buying the ADR would also be exposed to currency fluctuations. But as the Swiss food giant Nestle explains, the currency fluctuation angle should not be overstated: The ADR share prices carry foreign currency risk depend¬ing on the movement of the US dollar against the Swiss franc. Most of the ADRs trade in line with the underlying security. The spread is in general small, reflecting the cost of foreign exchange conversion and other execution costs. If the currency of the underlying stock rises against the US dollar, the ADR price is expected to rise (and vice versa).

The standard of safety in the securities markets is provided by government debt issued by the United States Treasury in the form of T-Bills, T-Notes, and T-Bonds, etc. Not only do investors receive their interest from these debt securities, but also getting paid at maturity is never a concern. Another name for the debt of a national government is Sovereign Debt. Common abbreviations for such debt include US. Treasuries, U.K. Gilts, German Bonds, and French Oats.

The stability of the government is a key factor in determining the credit risk. Nations with high rates of inflation or unpredictable currency exchange rates offer higher yields to investors and carry higher risk, as well.

When a nation or an entire region of the global economy suddenly has trouble servicing its sovereign debt, panic can hit the fixed-income, currency, and stock markets around the world. Lenders—the owners of the bonds can't seize the assets of a government, so the only way out of the mess is for the government to secure financing and/or renegotiate the terms of the outstanding debt. For example, in the spring of 2010 several nations in the European Union (e.g., Greece, Turkey, and Portugal) suddenly appeared unable to meet their debt obligations. This, of course, sent the yields on their sovereign debt sky-high, as investors sold off the bonds in a panic. The European Union, along with the European Central Bank and the International Monetary Fund, had to intervene by offering a rescue package worth 750 billion euro to keep the economies of those nations afloat.

If an issuer of sovereign debt is experiencing strife of any kind, it may become less willing and able to meet its debt obligations. Sometimes issuing countries restructure their debt, which is usually bad news for bondholders. Restructured debt typically leaves bondholders with lower interest and principal payments. Sometimes maturity dates are extended, forcing investors to wait longer for their return of principal.

When a government has trouble meeting its debt obligations, it often devalues its currency. As we saw, a devalued currency can help increase a nation's exports; however, in these situations the currency's value tends to fall so far that citizens are unable to buy basic goods, and international confidence in the nation's economy tends to drop. Soon, stocks and bonds issued by companies in that nation falter on the secondary market, and international investors pull out of the nation or region entirely.
SIE Exam Preparation