All things you must to know about Annuities investment (Invest Safe)

By Tamer Hamed - December 06, 2018
An annuity is an investment sold by an insurance company that either promises a minimum rate of return to the investor or allows the investor to allocate payments to various funds that invest in the stock and bond markets. These products offer regular payments for the rest of the annuitant's life, but owners of annuities can instead take money out as lump sums or random withdrawals on the back end. Annuities are part of the retirement plans of many individuals, and they can either be part of the safe-money piece or can provide exposure to the stock and bond markets.
The three main types of annuities are fixed, indexed, and variable.
- Fixed annuities 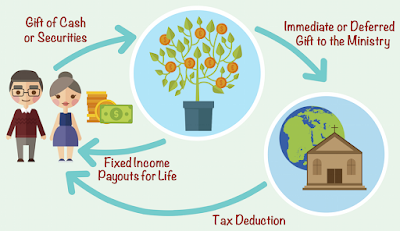 A fixed annuity promises a minimum rate of return to the investor in exchange for one big payment into the contract or several periodic purchase payments. The purchase payments are allocated to the insurance company's general account, so the rate of return is "guaranteed." But, that just means it's backed by the claims-paying ability of the insurance company's general account. So before turning over your money to an insurance company, expecting them to pay it back to you slowly, you might want to check their A.M. Best rating and their history of paying claims.
In a fixed annuity, the insurance/annuity company bears all the investment risk. This product is suitable for someone who wants a safe investment, something that promises to make dependable payments for the rest of his life, no matter how long he ends up living. The fixed annuity offers peace of mind if not a high rate of return.
- Indexed Annuities
A special type of fixed annuity is the equity-indexed annuity or just indexed annuity. With this product, the investor receives a guaranteed minimum rate of return when the stock market has a bad year. But, he/she receives a higher rate of return when an index usually the S&P 500 has a good year.
Do they receive the full upside, as if they owned an S&P 500 index fund? No, and that must be made clear by the sales representative. The contract is also not credited with the dividends associated with the S&P 500, and those dividends can easily be worth 2 or 3% of the index's total return for the year.
Equity indexed annuities have a participation rate. A participation rate of 70% means the contract gets credited with 70% of the increase in the S&P 500. If the index goes up 10%, the contract makes 7% ... unless that amount is higher than the annual cap.
Yes, these contracts also have a cap placed on the maximum increase for any year, regardless of what the stock market does. So, with a participation rate of 70% and a cap of 6%, what happens if the S&P goes up 20%? Although 70% of that is 14%, if you're capped at 6%, then 6% is all the contract value will rise that year. As you can see, indexed annuities are really about the downside protection, which is why a securities license is not required to sell fixed annuities, equity-indexed or otherwise.
- Variable Annuities 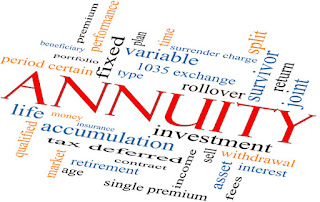