By Tamer Hamed - December 03, 2018
Many successful businesses are privately owned. Five Guys and Toys R Us, for example, are well known companies, but we would have to estimate their revenue, expenses and profits since private companies do not report their financial results to the public. By comparison, if we want to know the revenue and net income after tax for Starbucks or Microsoft, we can go to the SEC's EDGAR site and pull up the company's most recent quarterly or annual reports. 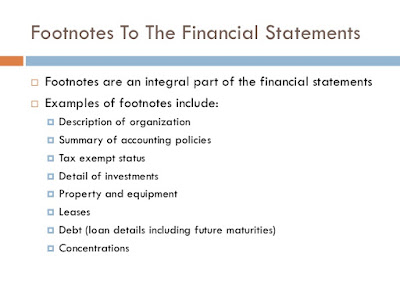 It's not that Five Guys and Toys R us do not have income statements, balance sheets, and statements of cash flows. They do not publish their financial statements. Starbucks, Microsoft, and McDonald's, on the other hand, are reporting companies who must disclose all relevant information to the investing public, even to those who will never invest in their stock.

An issuer of securities can only pay the interest on their bonds if they have enough revenue to cover it. The preferred stockholders will only get paid if the profits are dependable, and the common stock will rise over the long term only if the profits at the company rise. The financial statements released by public companies disclose the company's revenue, expenses, and profits, as well as their financial condition and their cash flows.

Each statement tells a different story about the same company.

In a company's quarterly and annual shareholder reports the financial statements are accompanied by footnotes that help clarify the numbers. For example, what does the company mean by "equivalents" in its "cash and equivalents" line item debt securities with six months to maturity? Three months? 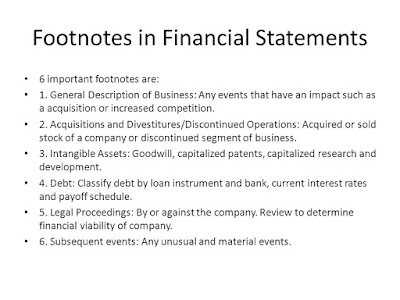 When does a company recognize "revenue"? Is it when the company ships pies to a distributor, or only when someone has paid for the product?

Also, unusual revenue events or charges need to be explained so that investors do not get the wrong idea about their long-term impact.