By Tamer Hamed - December 06, 2018
We'll look at municipal securities in a moment, but for now just know that cities, counties, and school districts can borrow money long-term by issuing bonds, and they can borrow short-term by issuing anticipation notes. For example, property taxes are collected twice a year. 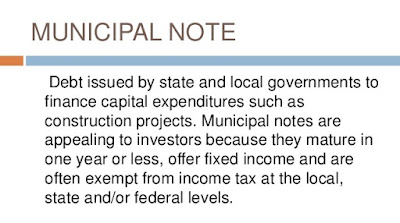 If the note is backed by both taxes and revenues, they call it a tax and revenue anticipation note, or TRAN.

Through a bond anticipation note or BAN the issuer borrows money now and backs it with part of the money they're going to borrow when they issue more bonds. 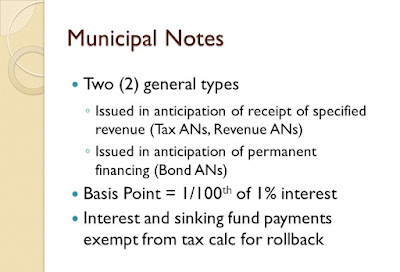 The interest paid on these municipal notes is lower than the nominal rates paid on a corporation's commercial paper, but that's okay the interest paid is also tax-exempt at the federal level. So, if an investor or an institution is looking for safety, liquidity, and dependable, tax-exempt interest over the short-term, they purchase these anticipation notes directly or through a tax-exempt money market mutual fund.
SIE Exam Preparation