what is "Interest Rates"? and its Kind

When there's a lot of money to be lent out, lenders drop their interest rates. When money is tight, however, lenders charge higher rates. One way corporations borrow money is by selling bonds to investors, who act as lenders. 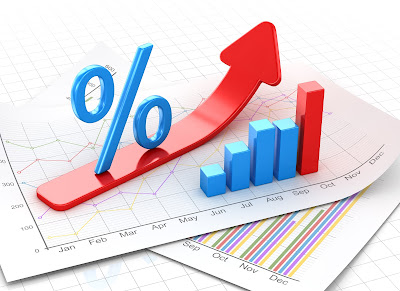 How much should the corporate borrower pay the buyers of the bonds?
How about zero?

Zero percent financing sounds tempting to a borrower. Unfortunately, the buyers of debt securities demand compensation. They're the lenders of the money, and they demand the best interest rate they can receive in return for lending their capital. So, bond issuers pay investors only what they have to pay them. Interest rates, then, are the result of constant spoken and unspoken negotiations going on be¬tween providers of capital and those who would like to borrow it.

The London Interbank Market is where large international banks go to get short-term loans at the most competitive rates possible. The rate mentioned above, LIBOR, is fixed daily by the British Banker's Association and represents an average of the world's most creditworthy banks' interbank deposit rates for large loans with maturities between overnight and one year. LIBOR is the most frequently used benchmark for short-term interest rates.

Creditworthy borrowers might be able to borrow at "LIBOR plus five basis points," while shaky borrowers would have to pay a much higher premium to LIBOR.
SIE Exam Preparation