The custodian bank provides services including registration, compliance, dividend payments, communications, and record keeping. These fees are typically deducted from the gross dividends received by the ADR holders. 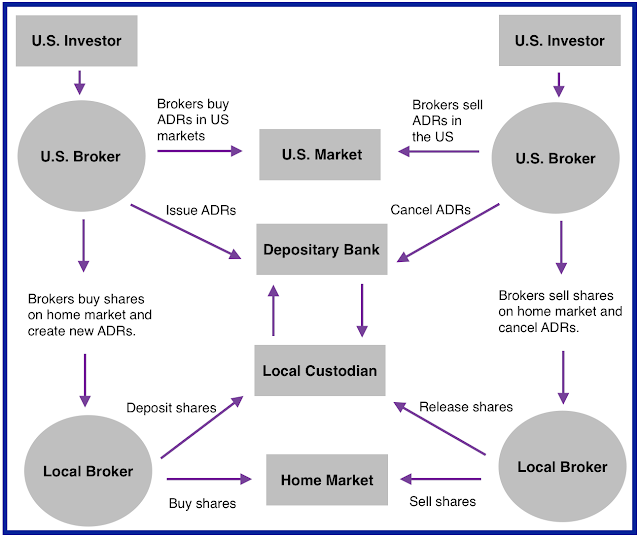 Or, if the issuer does not pay dividends, broker-dealers and banks cover the custody fees charged by depository banks and then pass the charges on to their customers. ADRs file a registration statement called an F-6 which discloses information on the structure of the ADR including fees that may be charged to the ADR holders. Some ADRs grant voting rights to the investor; some do not.
If dividends are declared, they are declared in the foreign currency and must be converted to dollars. That is why ADR owners are subject to currency risk. Also, if the stock is worth a certain number of yen on the Japanese markets, that won't work out to as many U.S. dollars when our dollar is strong, although it works out to more American dollars when our dollar is weak.
As the SEC explains in an investor bulletin, "Today, there are more than 2,000 ADRs available representing shares of companies located in more than 70 countries."
custody fees custody fees

There are currently three levels of ADR trading, ranging from the more speculative issues trading over-the-counter to those, like Toyota, trading on the NYSE or NASDAQ Level 1 ADRs trade over-the-counter. Level 2 ADRs trade on exchanges. Level 3 ADRs are part of a public offering that then trades on the NYSE or NASDAQ In other words, some ADRs merely establish a trading presence in the U.S. while Level 3 ADRs also raise capital for the foreign issuer.