By Tamer Hamed - February 16, 2019
Many companies remain private to avoid filing reports with the SEC and share¬holders. Full disclosure of material facts to the public is not attractive to many businesses. It is also a great expense to prepare reports required under the Securities Exchange Act of 1934. 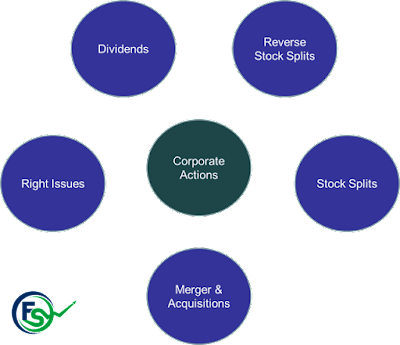 The quarterly reports contain financial statements that have not been audited by an outside accounting firm. They are called 10Q reports, and the issuer files three per year. The annual report contains financials which are audited, or "certified," by an independent auditing firm. The annual report is called a 10K. Rather than filing a fourth 10Q, the issuer files their 10K. The 10K contains the most information, and the most accurate information, of the four required reports.

The annual report is issued in conjunction with the annual shareholder meeting. At the annual meeting, important matters are voted on. The routine matters include electing the board of directors and ratifying the independent auditor. Shareholder and board of director proposals are often voted on, too.

Investors are not required to attend the annual meeting to cast their votes. In fact, that is a rare thing these days.

A shareholder planning to attend the meeting revokes the proxy. That means he is not going to appoint a third party to cast his vote. Most shareholders, however, fill out their voting instructions on the proxy card or proxy form. From there, the broker-dealer or their third-party service provider assures the shareholder's vote is cast by proxy before polling closes during the annual meeting.

Special shareholder meetings are also called when corporations are merged with, or acquired by, other companies. Public companies must alert the SEC and give shareholders sufficient notice when corporate action is proposed. The party interested in acquiring a large position or all the issuer's outstanding stock makes what is known as a tender offer. They are required to follow many requirements under SEC rules and the Exchange Act to prevent the market for the stock from becoming overrun by rumor, panic, volatility, etc.

After management for the target company explains the proposal to their shareholders - often giving their opinion of the terms - shareholders vote to accept or reject the deal. For example, if the common stock trades around $50 and the acquirer offers $55 per share, the shareholders might turn down the first offer. It is not uncommon for two or three offers to be made before shareholders accept what they feel is a fair price.

It is also not uncommon for such proposed actions to fall apart. Or, management might express their opinion that merging with any company is a bad idea, and the shareholders vote no from the start.
In many cases, a public or private company offers to buy all the common stock of an issuer. For example, a few years ago a European private investment group offered to buy all the common stock of Krispy Kreme (K1(13) at a premium to what it then traded for. Management liked the deal, the shareholders voted to accept, their shares were turned into cash, and from then on, the company was private.

Sometimes, a tender offer is for a stated percentage of the common stock. The acquiring party sets a deadline for successfully purchasing a percentage of the common stock from all those who tender (offer up) their stock for the stated price. If enough shares are tendered, the deal is successfully completed. If not, money is returned, and the deal is canceled.

Cash dividends are taxable because they involve a payment to the shareholder. Stock dividends, on the other hand, are not payments. Rather, investors end up with more shares in the company, with the shares worthless per-share. So, the big idea behind stock splits and stock dividends is that even when the investor ends up with more shares, the total value of his investment is unchanged. If he had 100 shares at $10 before, that was worth $1,000. No matter how many shares he has after the split or the stock dividend, the total value is $1,000. So, when a corporation does a 2:1 stock split, the investor would have twice as many shares. What would the price per share be?

A stock dividend works the same way in terms of more shares/lower price. If an investor receives a 20% stock dividend, that's 20% more shares of stock, but the total value of the investment is the same. It's just divided among more shares. So, an investor with 200 shares of XYZ common stock @40 would have $8,000 of XYZ stock. If XYZ declared a 20')/0 stock dividend, she would then have 240 shares. Her $8,000 would then be divided among 240 shares, with a per-share price of $33.33. Companies in a growth phase are more likely to pay stock dividends than more established companies, who are more likely to pay cash dividends compared to small, growing companies.
Either way, nothing really changes for the investor after a stock dividend or a stock split. The investor has more shares at a lower price, which means her cost basis in the stock changes. 100 shares @50 might become 125 shares @40. Just keep track of your cost basis so that when you sell someday you can tell the IRS how much of a capital gain or loss you realized on the stock. But whether you have 100 shares @50 or 125 shares @40, you've paid $5,000 for a certain percentage of ownership.

A forward stock split means investors end up with more shares. A 2:1, 3:2, or 5:4 split is a forward split that pushes the share price down.

Sometimes companies have the opposite problem. Their share price is so low that institutional investors won't touch it. These entities usually won't buy a stock trading below $5, so if our company's stock is trading for $1, we might need to increase that price. One way to do it is to perform a reverse stock split.
If JoAnne owns 100 shares of ABCD @$1, we might find ABCD doing a reverse split of 1:10. That means for every 10 shares she owns now, she'll end up with only one really big share. She'll have 10 shares when it's all over. If the shares were trading for $1 before the split and everybody now has shares that are 10 times bigger, the share price becomes $10 a share. JoAnne now owns 10 ABCD @$10.
Shareholders vote on stock splits, whether forward (5:4, 2:1, 3:2) or reverse (1:7, 1:10, etc.). Shareholders do not vote on dividends, whether cash or stock.

Sometimes a public company performs a type of "divestiture" known as a spin-off in which shareholders receive shares of a subsidiary or division of the company. For example, when Abbott Labs decided to make their business unit Hospira a separate company, they performed a spin-off in which ABT shareholders received a certain number of shares of HSP, which has since traded and operated as a separate com¬pany. If a company wants to exit a business line to concentrate on other areas, a spin¬off may be completed. Usually, there are no tax consequences when the shareholders merely receive the shares of the spin-off. Rather, they have a cost basis and are taxed on a capital gain if they sell the shares someday for a profit.

Another way investors receive shares of stock is through mergers & acquisitions. If a larger company offers to give, for example, .75 shares of their stock for each share in¬vestors currently hold of the target company, shareholders end up with a completely different holding. When they receive cash in an acquisition, shareholders record a capital gain or loss. But, if they're receiving shares of one company when turning in shares of their existing holding, investors record their cost basis in the shares for now Someday, when they transfer those shares through a sale or gift, the tax consequences will be realized.
Whether it's a proposed merger, a special shareholder meeting, or a stock split, share¬holders must receive sufficient formal notice, with a deadline for action far enough into the future to allow them to inform themselves of the matter or matters at hand.