By Tamer Hamed - February 02, 2019
Specialty/specialized funds focus their approach to investing. Some funds specialize in an industry, some in geographic regions, some in writing covered calls, etc.
Investors can buy the Latin America, Europe, or the Pacific Rim fund. They would then hope those regions don't go into an economic slump or suffer a natural disaster. When the fund concentrates heavily in an industry or geographic region, it takes on more volatility. 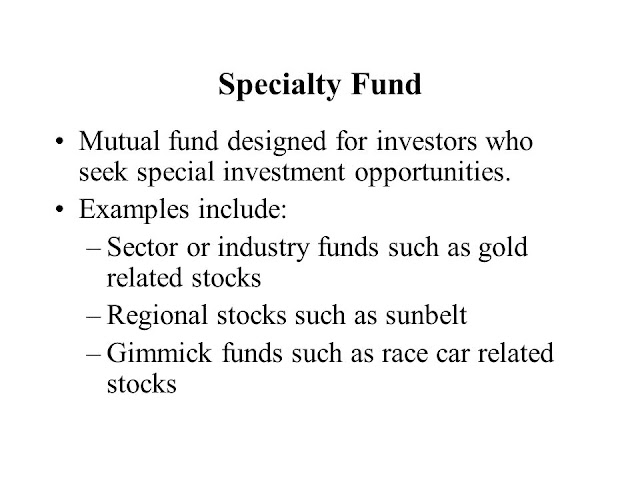